“I love to go a-wandering
Along the mountain track
And as I go, I love to sing
My knapsack on my back…”  — The Happy Wanderer

A few Saturdays ago, on the recommendation of some new Warm Showers friends coupled with our desire to explore beyond our local environs, we hiked the Barranc de L’Encantada. Known as one of the best hiking trails in the Comunidad Valenciana, we found the “Enchanted Ravine” to live up to its name. To get there, we drove through the Jalón Valley, stopping in Mieles Noguera, a shop selling organic, locally-made products, most especially honey and olive oil, and located in Llosa de Camacho, a town so tiny that the address on the store’s website is the neighboring town of Alcalalí. We arrived about 30 minutes after opening hours, but the place was dark and locked up tighter than a drum. We peered through the windows, and rapped on the glass before we noticed a little buzzer on the side of the door. We pressed it but heard no sound. We were about to head back to the car when a young woman came trotting across the small street, smiling and waving. She retrieved a bunch of keys from her pocket and we entered, marveling at the honey selection from a variety of local sources: orange blossom, almond, clover; the colors ranging from light amber to dark brown. The shop sold other bee-related products as well: propolis, pollen, and locally-made mead. We stocked up, and headed back to the car to continue our drive.

West of Jalon we went through Parcent and Benigembla, then went over the ridge from the Jalon Valley to La Vall de Gallinera. The road between the valleys wound up, up, up, over the mountain, in dizzying switchbacks. More than once we had to downshift to first gear to make the tight corners. It was slow going. And don’t get me started on how that narrow strip of asphalt is considered two-lanes. I’m just grateful we were the only car on the road the entire time. But the drive is part of the package and for a good reason. The views were breathtaking and as my husband noted it was like driving through several U.S. states’ worth of terrain:  Montana for the expansive vistas, Arizona for the desert foliage, Northern California for forested slopes, Florida for the humid tropical lushness, and all within no more than 20 kilometers. We passed groves of oranges, almonds, olives, and cherries, and terraced mountain farms. Every now and then, we saw hikers, sometimes in groups of 20 or more and many well past middle age, all fit and strong, with proper gear and hiking sticks. It was hard not to stop at every little interesting hiking trail head we passed. There were cyclists out too, but far fewer than we are used to seeing in Jávea, and those we did see looked like serious riders. They had to be. Pedaling up these hills is no joke.

Descending into the town of Vall de Ebo, we headed west through the Vall de Gallinera almost to the village of Planes. All told it was a drive of about 90 minutes, though far less a function of distance than speed due to the twisty mountain roads. At last our turn-off appeared, at least as far as we could tell. The signage around this area isn’t great but on the plus side, it does tend to serve as an unintentional form of crowd-control. But our guess turned out to be correct and we parked on a little pull-off, right up against a steep mountain wall, squeezing in between two other cars. There was no designated parking lot, another bonus as far as I was concerned. Why pave paradise? Instead, the cars fit in as best they could in the random few little patches of gravel.

“I love to wander by the stream
That dances in the sun,
So joyously it calls to me,
“Come! Join my happy song!”

It was immediately apparent where Barranc de l’Encantada gets its name. Mountains rose up all around us. Wildflowers were everywhere. Tall trees towered overhead. Just a few meters from our car, we passed a river, hearing it before we saw it. Before long a break in the tree line afforded us an unencumbered view of the blue water rushing along between two cliffs. A stone staircase wound down to the water level, and as we descended we saw a natural pool that had formed among the rocks. At the far end was a beautiful waterfall. Directly ahead, on the opposite side of the river under a rock overhang that formed a sheltered semi-cave, someone had pitched a tent.

“High overhead, the skylarks wing,
They never rest at home,
But just like me, they love to sing,
As o’er the world we roam.”

We climbed back up the stairs and headed along the narrow path beside the river that courses through the valley between two steep mountains, all densely wooded by large and lush trees. Sunlight filtered through and glinted off the river. At the official trailhead we trekked through a large field filled with bright red poppies. This gave way to dense woods, and the path narrowed to a skinny, rocky trail heading uphill.  As we climbed, surrounded by trees and an abundance of beautiful wildflowers, we happened upon the crumbling ruins of an old stone farmhouse. A few saplings had sprung up in the center, unhampered in their growth by the long-gone roof. The path was now so narrow that we had to walk single-file, and each time fellow hikers passed in the opposite direction it became a balancing act combined with a few improvisational dance moves. But everyone we came across was friendly and good humored and it was wonderful to see so many families with young kids making the trek.

Steep rocky cliffs flanked our right side, and beyond them, we could hear the water growing fainter below with each step in our ascent. We kept climbing and were almost to the summit when the trees and the rocks parted and we saw the river far below as it rushed through the valley. It was magical. The noise was almost deafening and as we picked our way over the rock cliffs we suddenly saw a second waterfall, much higher and stronger than the one by our car. Other hikers were standing or lounging on the rocks, mesmerized as we were by the sight. As if by mutual agreement and respect for the natural beauty no one said a word. This was the Gorgo de Salt, a geologic phenomenon where the river slices through a remarkably narrow pass, the narrowest point maybe 5 feet across, but over 60 feet deep, and so named because the rocks are the color of salt.

If we had wanted, we could have walked right up to the edge of the rock, precarious above the water. One of the quirks of Spain, at least from my hyper-litigious Washington, DC perspective, is how few barriers or warning signs are posted by fairly dangerous areas. Cliffs, ravines, rivers, lakes, old buildings and the like are easily accessible. Although at times terrifying, it is also an adult mentality: Spain is not your nanny, at least when it comes to the great outdoors. And after only three short months, I now find it jarring on those rare occasions when we do happen upon an official warning, such as the ancient abandoned stone well in the woods by our house that is fenced off by a railing. It’s not just because a fall into it would mean almost certain death – it would – but many similar areas are without such preventive measures. I think in this case it is because the well is partially hidden under decades of vegetal growth and therefore not immediately obvious to passers-by; in other words, the well has an unfair advantage. A friend of mine from Ireland told me that in the five years since she’s lived in Spain she has only seen one warning of any sort. While walking on a narrow path about 100 meters above the sea, she came upon a sign by the cliff’s edge. There were no words, just the cartoon silhouette of a man. Judging from the image the story arc seemed to imply he had fallen — whether due to carelessness, bravado, or some other reason we’ll never know – but it was evidently quite a serious fall, based on the fact the round circle representing his head was rendered a few inches away from his body. Nor was the fall bloodless, judging by red, squiggly lines surrounding both him and his detached head. Macabre? Maybe, but effective? Most certainly. And based on her description, any lack on the part of the artist to tone down the explicitness of the image for the sake of softening its message, perhaps for more tender audiences, had me in stitches. Spain, it seems has a philosophy similar to the 1970’s style of parenting my brother and I and all our childhood friends grew up with: “Use your damn head and don’t be an idiot.”

We continued, onward and upward. The view on our left was now of orchards; the trail abutting a farm complete with terraced stone walls. A hundred or so more meters upwards much of which necessitated a three-point scramble up the steep and rocky terrain, we finally summited. Above the tree line our view was unencumbered and we could see, across many kilometers in all directions, the little towns and farms far below. Swallows swooped overhead, calling to each other, backlight against the bright azure sky.

To our right was a crumbling stone wall with a little hole that was once a window, the sole remains of that ancient structure. I stooped and peered through, squinting from the truncated view. For one brief sun-dappled moment I saw a few hundred years into the past, to the missing walls and roof of a once clean and orderly house on a thriving farm with livestock and acres of olive and almond orchards, the farming family hard at work under the blue Mediterranean sky.

High above my head a soaring swallow called out to one of its mates. I blinked and once again, I was looking at only the remains of the decaying wall. And I was back in my own century.

“Oh, may I go a-wandering
Until the day I die!
Oh may I always laugh and sing
Beneath God’s clear blue sky!”

(This post is dedicated to my Grandpa Misencik, the man who taught me this song and the consummate Happy Wanderer.) 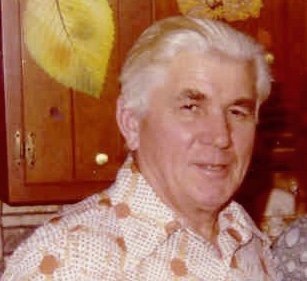 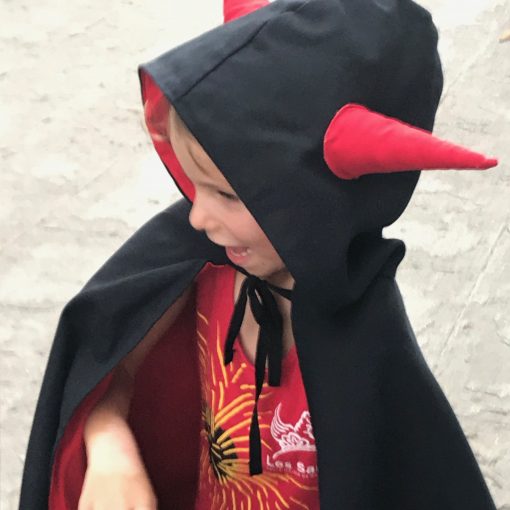 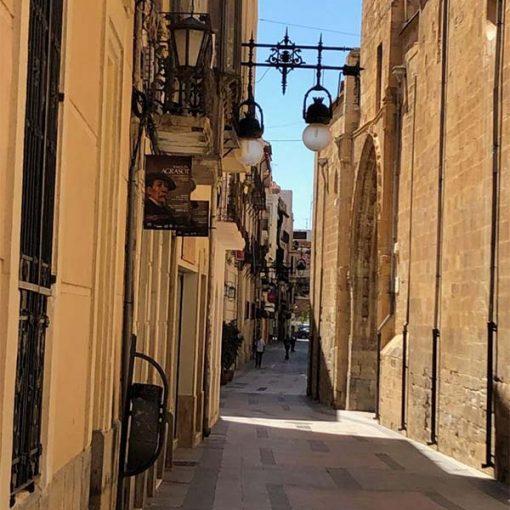 “Travel is fatal to prejudice, bigotry, and narrow-mindedness, and many of our people need it sorely on these accounts. Broad, wholesome, charitable […] 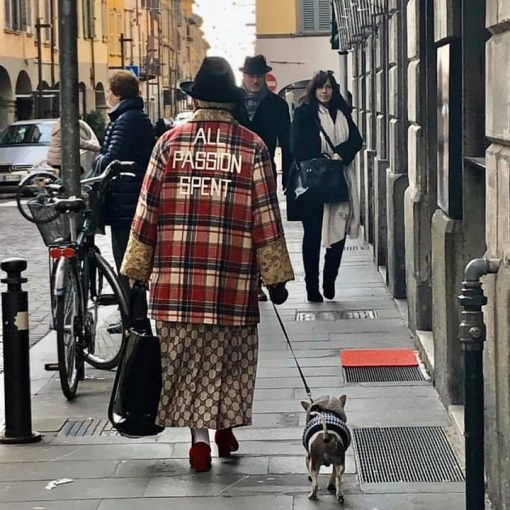 The best fashion show is definitely on the street. Always has been. Always will be. — Bill Cunningham There’s a lot to […] 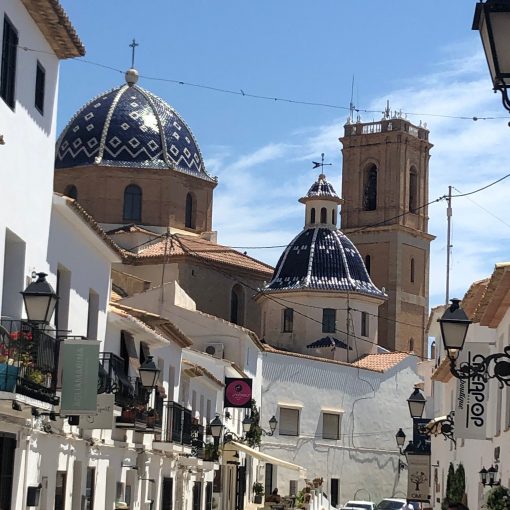 “Art washes away from the soul the dust of everyday life.”–Pablo Picasso If you plan to visit the Costa Blanca area of […]

2 thoughts on “I Love to Go A-Wandering: Barranc de L’Encantada”