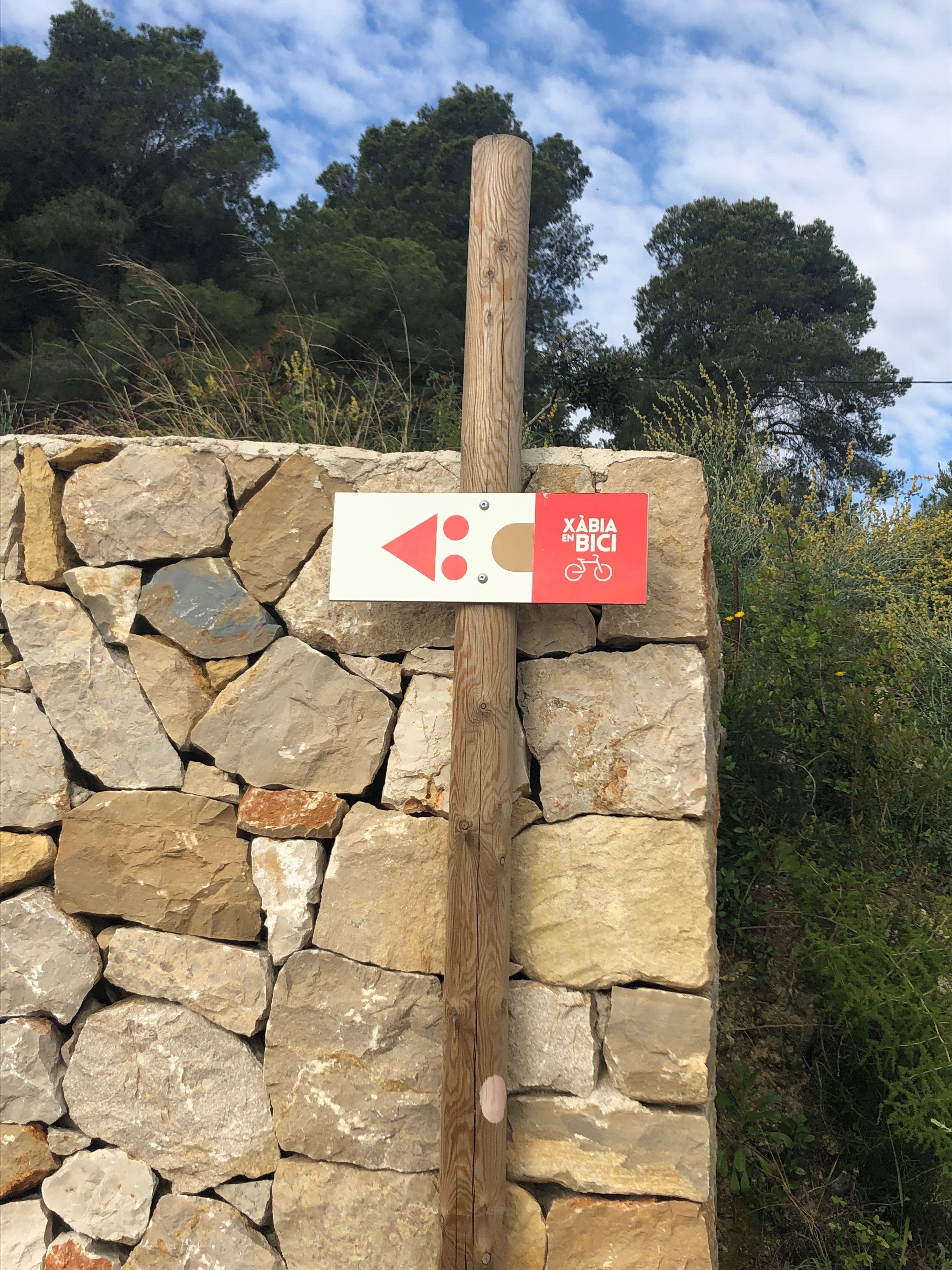 The Alicante province, in the Spanish region known as La Communidad Valenciana, is a cycling paradise. Many of the world’s top-level professional cycling teams use it as a training base in the winter, and people from all over the world migrate here specifically for the diverse riding opportunities year-round. It is rarely rainy or overly cold or hot here, so the weather is ideal. In addition to a selection of flat or mountainous rides on bike-friendly roads, there are many mountain bike trails in and around Javea.

The Xàbia Department de Toursime, which is in Catalan/Valencian rather than Castilian, has created and promotes a series of bike routes around Javea and the nearby countryside. The ten routes are divided between road bike and mountain bike trails, and the Department has created a map designating which segments are unpaved. Cycling tourism is an important revenue source for Alicante, and the bike trek visitors, with their matching jerseys, are usually the friendliest folks on the road. Coming here from a place with dodgy weather and aggressive motorists never fails to put them in exuberant moods.

All over town color-coded Xàbia en Bici signs guide riders. One of the longest routes, Los Miradores, covers 13 of Javea’s 15 miradors or scenic overlooks. This includes the four miradors in our neighborhood and the other five to which we frequently hike from our house. The routes run the gamut of distances and levels of difficulty, so there’s something for everyone.

A great option for visitors who prefer flat rides with very few cars is the Rivaldí, which winds through the scenic orchards that stretch from across an ancient bridge from the edge of the old town to the ridges that include our neighborhood. They start three blocks from the sea and extend into the inland countryside. All told, the orchards probably occupy more space in Javea’s city limits than the developed areas of the old town, port, and Arenal beach combined. The roads through them are paved but surrounded by walls that vary from one to three meters high, with crops, mostly orange trees, growing at ground level at the top of the walls. The orchards also include parcels of undeveloped marsh, lively herds of goats. and a copse of pine trees housing scores—if not hundreds—of bright green parakeets.

The area along the sea is also flat and bike friendly. Javea is generally a triangular flat bowl bounded by the sea and two ridges. The southern ridge is a web of capes, punctuated by the Cap de la Nau lighthouse. The northern ridge is more linear and runs from El Montgo peak to the Cabo San Antonio lighthouse. The shore between the ridges includes the Port and alternating rocky and sandy beaches. The roads bounding these sections all feature bike lanes, and the motorists abide by the rule requiring 1.5 meters between cars and bikes. Cyclist are welcome on the Arenal and Port sections where cars are not allowed, so long as they are respectful of the pedestrians.

But the options are even richer for those road riders who are eager to venture into the countryside and attack climbs of any degree of difficulty. West of the Mediterranean, the valleys reach into the interior like fingers. The most serious cyclists prefer to live or stay in the Jalon Valley, just west of Javea. This is where the car traffic dwindles to almost nothing and the options are rich for as challenging a climb as they desire.

Fun fact: the Prime/Greenwich Meridian runs between the town of Jalon and the village of Lliber. So pedaling the one mile from Lliber to Jalon takes the rider from the Eastern to the Western Hemisphere.

The next two valleys up are the Gata Valley and La Vall Gallinera. The roads connecting the valleys across the ridges separating them provide scenic vistas atop strenuous climbs. This is all reachable from Javea by bike, but some riders prefer to spend their entire rides in the valleys and passes.

But perhaps the best feature of these rides are the towns scattered throughout the valleys. They vary in size from double digits to Jalon, with about 2600 residents. But they all, even the smallest villages, share one features: at least one café. Regardless of the time of day, the cafes are always lively. And all but the smallest hamlets have at least one church steeple to help guide cyclists to their next destination. There is something satisfying and reassuring about seeing the next town on your route as you wheel out of the last. Although the valley floors are not pancake flat, the gentle rolling terrain, farms, and meadows do nothing to obscure the quaint village awaiting a few kilometers ahead.

And if you don’t feel like schlepping your own bike all the way from home, Gurugú Bicicletes is a terrific local shop that rents both mountain and road bikes. The owner also gives away free bumper stickers promoting the 1,5 meters law.

(Post by Tom Carter) “Life is made up, not of great sacrifices or duties, but of little things, in which smiles and […]