“The greatness of a culture can be found in its festivals.” — Siddharth Katragadda

The Spanish love a good festival, and there are many throughout the calendar year, but arguably the highlight of these is the midsummer celebration of San Juan Bautista. All of Spain celebrates, but the festivities are particularly boisterous in the La Comunidad Valenciana. Like so many Christian holidays, the feast of San Juan originates in pagan celebrations. Derived from the ancient summer solstice rituals honoring the triumph of light over darkness, San Juan is all about celebrating the longest day of the year. Bonfires feature prominently in the annual celebration, another holdover from the pagan ritual of burning fires to help augment the sun’s strength in the defeat of darkness. Flowers, herbs, and water also figure in the celebrations, but fire is the cornerstone. Bonfires are lit up and down the beaches of various towns, and people jump back and forth over them three times for luck and purification. Large satirical sculptures made out of wood and cardboard are also built, elaborate and colorful, which are then burned on June 24th. These are known as Fogueres. Flowers are strewn along the streets and everyone – men, women, and children — wear wreath crowns of white flowered laurel. Indeed, the festival is so significant that UNESCO includes Spain’s San Juan celebrations in their list of Intangible Cultural Heritage. And the Jávea event in particular is the only one on the official Spanish Tourism Board’s record of annual events.

Technically, the celebrations begin at sunset on June 23rd or San Juan’s Eve and last though the following day, but at least in the Alicante Province the party goes on for a good ten days. This became immediately apparent to us when about midday on Friday, June 14th, while driving through the Pueblo (the medieval part of town), we happened upon a large group of people gathered around a small marching brass and drum band. As the musicians played, the crowd of all ages clapped, danced, and sang along; children laughed out loud and jumped in delight, shaking their diapered bottoms; old men twirled and dipped their wives; young couples with their arms around each other swayed closely together. The streets themselves were decorated with streamers and lights and individual apartments had flags and flowers draping railings and balconies. Music, movement, and color were everywhere. The little city felt alive.

The next night, a Saturday, we were prepared. My intrepid and adventurous mom, who happens to share a birthday with the honored saint, had always wanted to ring in her own personal new year in the midst the fiesta. So here she was, on the cusp of 80, along with Spain’s 46.74 million people, or at least 27,224 fellow Jáveanos. We headed back to the Pueblo. Parking was horrendous, but we somehow managed to wedge our little Toyota Yaris, complete with rear bike rack that adds an extra foot, into a tight spot that involved being halfway on the sidewalk on a very steep and very narrow street. It was a typical Jávea parking maneuver.

We threaded out way through the thronged streets until we reached the town square and were instantly surrounded by hundreds of people. They were predominately in their 20s, although we saw all ages from little kids to, well, octogenarians. Full stages were set up on both sides of the square with massive P.A. systems and lit up like Christmas. They blasted music while dancers performed on-stage, including someone in a gorilla costume theatrically marching around. Fully-stocked pop-up bars lined the perimeter, doing a brisk business in beer, wine, and an impressive array of mixed drinks for just a few euros a piece. But plenty of people went the BYOB route, setting bottles of vodka, tequila, run, and the odd fifth of Jägermeister on the cement as they danced drunkenly around, waving their hands in the air. There was an abundance of confetti and balloons and also firecrackers—lots of firecrackers. Not just sparklers or the cutesy amateur ones like the kinds easily purchased for July 4th and New Year’s Eve in U.S. grocery stores, although there were plenty of those too. No, these were the startlingly loud maybe-not-quite-legal ones (at least by American standards) that made your heart jump every time one was detonated, which was frequently. It’s no secret that Valencianos like their fireworks. A group of guys standing around a line of Porta-Potties waited until their friend went inside, then tossed a lit one under the structure’s door. There was a predictable howl from inside when it detonated and the guys fell over onto each other belly-laughing at the success of their prank.

We moved through the crowd, my mom leading the way to the most densely packed and liveliest parts of the tarmac like a moth to a flame, talking and laughing with fellow revelers. It didn’t matter we had a good 25 years or more on most of them, they were welcoming and hospitable, drawing us into their little circles, insisting on taking pictures with us (which we accepted), and offering us swigs from the bottles at their feet (which we declined). Even the cops were relaxed and good-natured as they kept a bemused eye on the evolving situation. It was proof that a big crowd of people, many of whom were relatively inebriated, could manage to stay good-humored and respectful without devolving into that slightly sinister condition that sometimes sours alcohol-fueled revelries of a similar caliber. We had a ball.

But this was small potatoes compared to San Juan Eve. Having had the week to recover, we once again headed for the Pueblo the evening of June 23rd. We made it as far as the Port, laughing at our naivety in thinking the crowd from the previous weekend had been big. This time, it was massive. Parking in the Pueblo was out of the question. Miraculously we found a spot (maybe Saint John was sending a little bit of extra parking karma to my mom, his fellow birthday celebrant). We decided to taxi the rest of the way. As we walked toward the port, where we had a better chance of hailing a cab, we passed the stunning Parroquia del Mar (“Parish of the Sea”), a modern church built in a shape reminiscent of a ship. Flowers had been scattered on the narrow streets near the entrances. Mass had just let out and a group of young girls in long white dresses milled around outside, posing for pictures with family and friends, having just celebrated their First Communion.

We found a taxi and headed to the Pueblo. Although it was by now 8:30pm, the sky wasn’t even thinking about darkening. We made our way to meet up with friends who live in the Pueblo for drinks before the sundown party began. By coincidence, we also knew the hosts of the party: one of the many perks of living in a small town. Apparently, the town banned beach bonfires a few years ago much to the dismay of some locals, who feel that it strips away much of the tradition and is primarily for boosting revenue in Jávea’s bars and cafés. One year we will try to make a San Juan celebration in a more traditional place, but this year was the Pueblo or nothing.

The energy was electric, even with the party still a few hours away from its peak, but the town was ready. Residents had put out little plastic tables in the narrow streets, sometimes several pushed together so as to accommodate a large family group. The settings weren’t fancy, but they were homey and vibrant.

Piles of laurel sprigs had been left on the streets for revelers to fashion headdresses. Elderly couples, young families, parents pushing kids in strollers, groups of teenagers and 20-somethings, touristas with cameras all were wearing floral crowns. Many people held drinks in their hands as they walked about. As with prescriptive parking ordinances, open container laws either don’t exist or simply don’t get the cops worked up, at least during San Juan.

Pretty soon it was 11:15PM, time for the people at our party to dive into the mix. Now the plastic tables were filled with food and drinks and families and friends swelled around them, laughing, talking, eating, drinking, and waving sparklers. The narrow, labyrinthine, and hilly streets were packed with people, crowns still firmly in place despite the inevitable jostling and several hours of solid drinking. Music spilled out of restaurants, bars, and private residences. Those who lived on the upper floors of apartment buildings partied on their flower pot-filled balconies, leaning over the wrought iron railings and toasted the crowds below. It was so crowded that at times the three of us had to clutch each other’s arms so as not to get separated. Nevertheless, everyone was in high spirits and extremely good-natured, helping part large groups so parents could fit a stroller through or offering to take photos of groups struggling to fit five crowned (and tipsy) heads into a San Juan selfie. Bars didn’t even try to see if folks waiting in line for the restroom were actual patrons (not that they do anyway, another reason I love Jávea). And whenever someone found out it was not only my mom’s birthday but her 80th yet, they’d hug and toast her.

The clocks tolled midnight, officially welcoming San Juan. It was more exciting than New Year’s. A large band began marching up a street with musicians playing a loud and boisterous tune on trumpets, horns, tubas, and drums and others marching along in matching T-shirts, arms linked and signing along. Random members of the crowd jumped in joining the band. Then the bonfires started. We couldn’t get near enough to see them up close—the throng was too thick—but we could hear the crackling and see the flames shooting high up into the night sky. It was 12:15 in the morning. We flagged down a taxi to take us to our car. It turned out that, like my mom, the driver was a San Juan baby.

We slept in late and spent the day lolling around the pool, too tired to make it back into town for the culmination when the sculptures are lit on fire and more fireworks are set off. We couldn’t even be lured by the prospect of free chocolate con churros after the early mass, or wine with tapas after the later one that my sister-in-law, yet another San Juan birthday celebrant, told us about. But as with the all-night beach parties, there’s always next year.

I learned later that the bonfires were thought to have magical powers. They warded off evil spirits. They purified anyone who threw that which no longer served them into the flames. A symbolic death, they cleared the way for rebirth and to walk another year in sunlight and clarity. It’s a cool ritual in my opinion, regardless of one’s creed or belief.

Who among us couldn’t do with a little ritual cleansing? And what would you toss into the flames? 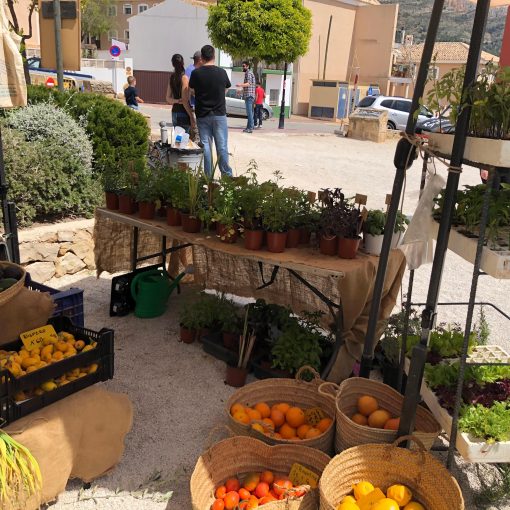 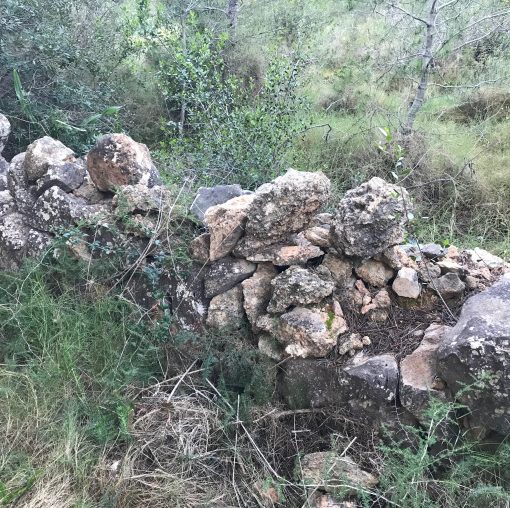 4 thoughts on “Celebrating the Sun with San Juan”