“Once you begin watching spiders, you haven’t time for much else.” — E.B. White

Now that it’s hot, each morning I get out of bed when the sun first peeks over the horizon to water our garden plants. I’m naturally a morning person so I find this task pleasant: walking quietly around our little property, savoring the freshness of the new day, noticing each new bloom and budding shoot. One morning in early July, I filled the watering can and went to the corner of our garden where we keep the container pots of herbs: rosemary from a sprig off of a wild bush on the Montgó; basil from BioXàbia, our local organic market; sage, which here grows thick and strong; oregano and thyme, both of which I find finicky and difficult; and mint, which, as even the most casual gardeners–such as I–know, if not carefully monitored and appropriately culled will gallop out of control, and threaten to swallow the entire world in just under three weeks.

But on this particular morning as I rounded the corner with my usual morning gusto, I noticed something between me and  the wooden pallets on which the herbs in their pots are grouped: a large, wagon wheel-shaped spider web strung across the narrow path; its arachnid architect smack in the middle. Like some Looney Toons cartoon character, I skidded to a stop so abruptly that the water from the watering can sloshed down my legs and filled my plastic garden clogs. I had come within mere centimeters of a head-on, or rather, hip-on collision. Cautiously, I peered down. The spider in the center was maybe the size of a nickel including all eight legs. He was very still, just hanging out as it were, the web swaying gently in the light morning breeze. His web was exquisitely formed; geometrically perfect. It glittered in the morning light.

I considered my options. The only access I had to the herbs was the path across which the spider had strung his web. The other sides were bordered respectively by our laundry room, the stone wall separating our property from the public stairway that connects our horseshoe-shaped street to the one below, and a rather steep dropoff along a low garden wall. Stymied, I set down the watering can and walked away. I would have felt bad enough wrecking the poor guy’s home, but in addition, it was the peak of mosquito season and we needed all the help we could get. I looked at my watch. It was only 6:45am. I had plenty of time to worry about the herbs.

I continued to water the rest of our backyard garden: the citronella plants clustered around our patio table (they work!); the thriving lemongrass a friend had given us the previous year that makes a lovely addition to a cup of hot ginger tea; the budding jalapeno plants I grew from seeds my mom sent from the States; the still-young jasmines and ivies we are encouraging to vine around the pool; our baby Paulownia trees my sister-in-law suggested we buy as they grow extraordinarily fast and provide privacy and much-needed shade; our pink and white oleander bushes; even the multitude of succulents, which are normally as hardy as they come against the unrelenting summer sun, but are always thankful for an extra drink or two in July and August.

My watering rounds took about half an hour. On the way back up to the house I glanced over at the herbs and then stopped. The web was down. There was no trace of it or the spider. Shrugging, I picked up my still full watering can and watered the herbs.

The following morning I went about the same routine. As with the day before I rounded the corner to once again stop on a dime to avoid careening into the web. The spider was back in the middle of a new, perfectly spun silk wagon wheel. I called up to my husband through the open window of our house: “Hey! Guess what? The spider is back!” I must have been a bit too loud because suddenly the web started shaking as the spider, agitated from my voice, began moving around his little home. I felt bad about scaring him. It made me realize how huge I must have looked as I loomed over him and his little home, big and loud and — ironically — maybe even a little creepy.

I have always loved and respected the natural world. Whenever I bring home greens from our local organic market, I wash them in the kitchen sink, collecting the snails that fall out in the process and rehoming them in our garden. I scoop up the ladybugs that fall into the pool and let them rest on my hand, watching as they fluff their wings until they are dry enough to fly away. I roll my eyes whenever I see someone shriek in horror upon encountering a bee. I actually like snakes. I even refuse to kill the occasional fly I find buzzing around our sunroom, preferring instead to open the door and shoo it outside, (although that is where my husband, who otherwise shares my ethos, draws the line). And when we come across the occasional spider in the house, we gently boost it onto a piece of paper and release it outside. But by “we,” I mean my husband. Spiders are one animal I just can’t bring myself to touch. There is something about them that makes the hair on my arms stand up the minute I spot one. And yet, here I was, becoming increasingly fascinated and strangely attached to Spider Man, as we began to call him.

For three weeks like clockwork, Spider Man was in his place early each morning and gone just a few hours later. Most days not even a trace of the exquisitely perfect web was left although every now and then, I would spot a thin strand that stretched between the bouganvilla on one side and the large potted succulents on the other. While this anchor line likely made Spider Man’s daily web reconstruction a bit easier, it was harder on me as I had to limbo under it to reach the herbs. Nevertheless, limbo I did. I began doing research. I determined Spider Man was a type of orb weaver; nocturnal spiders who weave their webs at night and take them down again each morning by ingesting them.

Then one morning, I happened to walk by the herbs. Earlier Spider Man had been in his usual spot. Now, an hour later, I noticed a bit of movement out of my peripheral vision. I turned and there he was, deconstructing the web. In less than two minutes he had devoured the entire thing, running from one strand to the next, in a herky-jerky ballet that was mesmerizing. I stood there, unmoving, my mouth agape, in awe of the beauty and economic elegance of the process. I felt strangely moved, almost to tears. There was an intimacy to the moment; a brief window of time in which  I was privileged to witness the hard work, the care, and the dedication of the spider’s efforts. But I also realized something else: for me it was like watching a performance, but for him, his life depended on it. I felt a wave of gratitude for the moment.

A few days later I flew back to the USA for the first time in almost two years. The pandemic had kept me from seeing my parents and my friends Stateside and I was ecstatic about my visit. But each morning back in Virginia, as soon as I awoke I reached for my phone to call my husband. And each morning he gave me an update on our life in Spain, especially our home: the garden plants; Satchmo and Thelonious, the two feral cats we feed who have more or less adopted us; Billy Zoom, the fast-moving gecko who zips across the walls of Tom’s bike room at lightning speed only to slip under the crack in the space under the door when he wants to forage for food and get a little sun. And of course, Spider Man.

Then one morning when we spoke, Tom told me he hadn’t seen him. For the following few days, it was the first question I asked him on our morning phone calls. But the spider had disappeared. I felt a bit of a loss; sadder than I had anticipated. I had come to appreciate this creature and the hard and beautiful work he did each day. There is a quote by Maurice Sendack, “Everyone should sit beside a little stream and listen.” I find his words analogous to my few weeks with Spider Man. There is something so underrated yet so powerful in taking the time to really see the miracle that is the world unfold before our eyes, again and again and again, free of charge, asking nothing in return except, perhaps, to suspend any judgement. If we’re just willing to sit still and listen. If we’re willing enough to accept, maybe even befriend, things that seem different from us, even things which at first might seem scary or repulsive. Maybe especially those things. Who knows? We might even come to see their beauty and, more importantly, their value.

And, maybe in return, they might finally see ours. 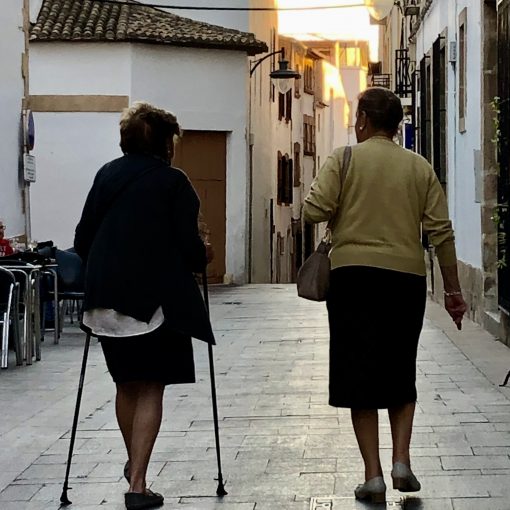 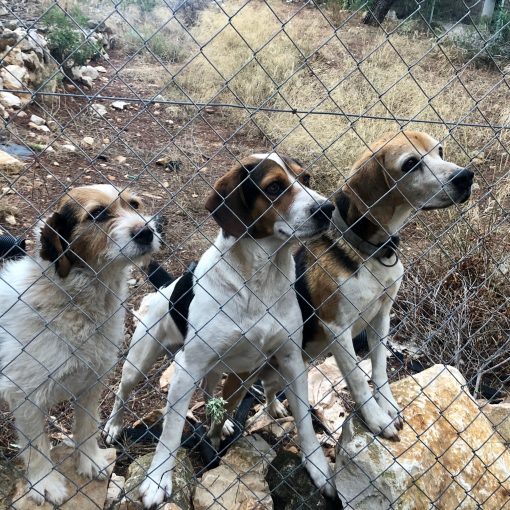 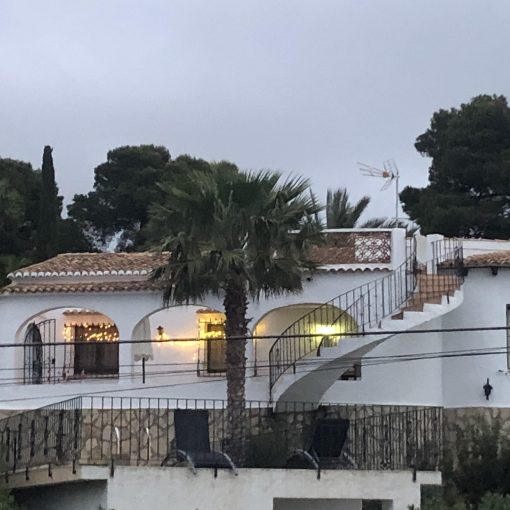 “Every body continues in its state of rest, or of uniform motion in a right line, unless it is compelled to change […]