When American baseball fans hear the name “Puig,” they think of the Dodgers/Reds’ aggressive and controversial outfielder Yasiel Puig. When pro cyclists and weekend warriors in the bikecentric Alicante province of Spain hear the same word, they think of Puig de Llorença, perhaps Jávea’s most iconic climb.

I had been gazing at the Puig de Llorença, from our roof deck since January, trying to screw up the courage to attempt an ascent. After increasing my fitness, shedding weight, and handling other local climbs more easily than I expected, I was finally ready to attack it with my friend Steven. But once I hit the the most brutal grades, the tables were turned and El Puig did all the attacking. I can now report that Llorença is every bit as aggressive and ornery as Yasiel.

Cycling fans know that Le Tour de France, although the most famous, is only one of three grand tours, the three-week trials that feature only the world’s toughest endurance athletes. There are also Il Giro d’Italia and La Vuelta de España. generally regarded as the most challenging of the three, due to the sadistic steepness of the climb. At roughly five kilometers, the Puig is not long enough to be classified as Beyond Category, but the steepness is sufficient to make the Category One climb a frequent Vuelta stage finisher. The average steepness is over ten percent, with a maximum grade of twenty percent.

The last time the Vuelta finished on the climb was in 2017, and the fan graffiti is still there.

Fan graffiti on El Puig to Spanish cycling legend, Alberto Contador, or “El Pistolaro” as he was known to his fans.

I have to admit, I was sort of happy to see the climb put a hurtin’ on the pros in this footage. The Vuelta is returning to Puig de Llorença this year, one of four stages in Alicante.

The views from the top are spectacular. You can see the Mediterranean on three sides: Jávea to Valencia to the north, Moraira, Calpe, Benidorm, and Alicante to the south, and the capes and beaches of our neighborhood to the east. Our 100-meter cliffs–which are vertigo inducing from the edge–look rather puny from the Puig’s 400-meter peak. Inland we could see the towns of Benitachell, Teulada, Benissa, Jalon, and beyond.
Oh, and for the record the name translates to “Lullaby Hill,” appropriate given that I was almost lights-out by the time I reached the top.

(Post by Tom Carter) “Life is made up, not of great sacrifices or duties, but of little things, in which smiles and […] 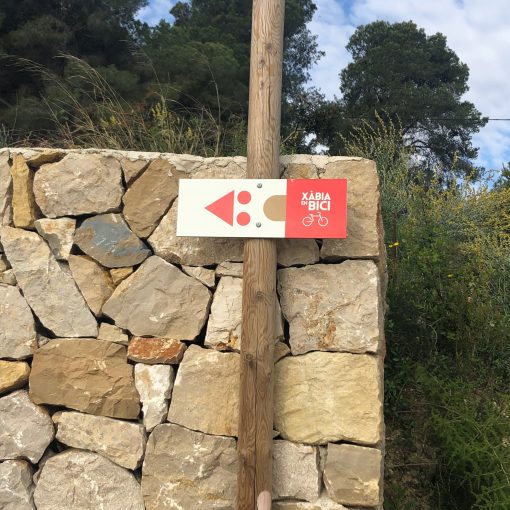 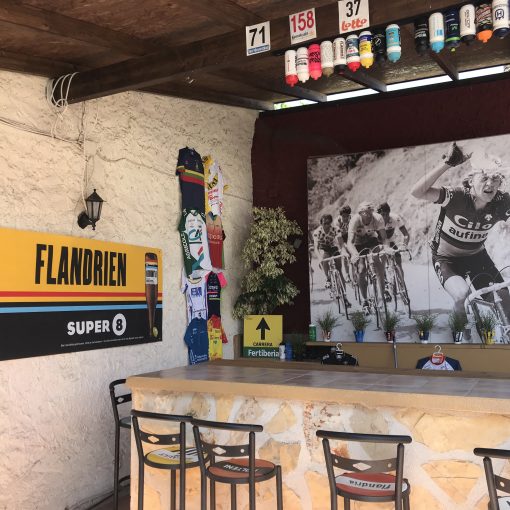